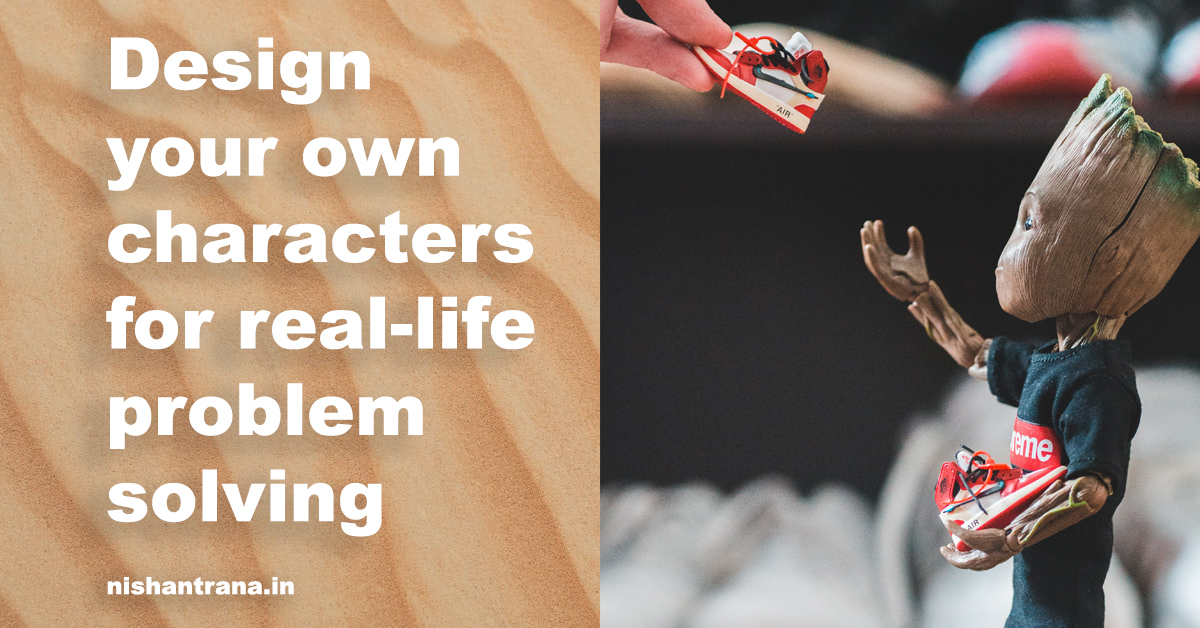 Characterization is an important part of storytelling. If the character is well defined with a good number of flaws to be corrected, your story would engage the audience. However, for the character, it would be a hell of an internal as well as an external journey. An external conflict would be as bad as the character perceives it internally.

In fact, the way a character sees himself defines a lot of how he sees the world around him. It’s no surprise to know that if we are too angry in real life, there are issues waiting inside to be resolved and so, a war outside to be fought.

Personally, when in conflict, I try my best to see myself as a character than myself. This way I can see my thought process from an outsider’s perspective, which allows me to introspect on the choices and decisions that I am going to make.

Here’s a simple set of questions I use for your reference.

(Helps me step outside my own skin. You need not give your own name, give it whatever you like).

(What’s the problem I want a different perspective on?)

(From an outsider’s perspective, what are the different ways you can solve the problem?)

In the end, you would come up with multiple approaches to the solution that you may or may not prefer, but those are still steps to begin with.

Once you have decided the approach, taking a step towards solving the conflict would expose the internal issue that you are facing for some time.

(How do you feel as you take a step in the direction? Mostly scared, I assume. But knowing that it scares you bring self-awareness to your sense of being).

(Now that you have separated from your own self, it would be easier for you to look at the root of the conflict).

Introspecting on this clear, guided path would help you design a character that you can shift to whenever you are looking for a fresher perspective.

I would suggest finding relatable characters from your life that you look up to. For e.g. If you look up to your mother, see what steps would she take to solve this problem, and similarly seek answers from other people without really asking them or maybe you can just ask them.

Else you can also make one character that is an all-knowing being like God who would show you the path to your real-life solutions.

I hope it helps.

Read Reality vs Perceived Reality to know more about perception.

Photo by Erik Mclean from Pexels